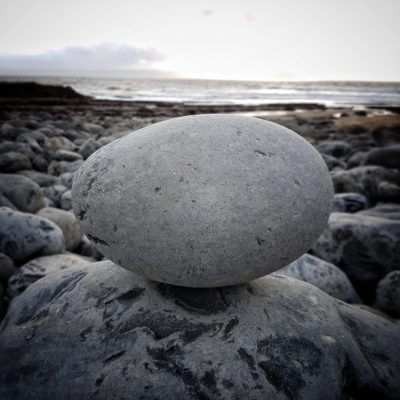 The other day I went in search of a beach that I last visited almost 20 years ago.  It had stayed in my memory because it was covered in perfectly round rocks, like a midden of  of abandoned dinsosaur eggs.  Something in my now pot-obsessed head was drawing me back there in search of ceramic inspiration.

The beach was near the seaside town of Llantwit Major in South Wales.   20 years ago among the huge piles of boulders and pebbles I remember finding enough hand-sized rock spheres to play a passable game of boules.  And I remembered a right angled cleft in the cliffs that faced South West into which the prevailing winds piled in big Atlantic waves.  The pebbles and boulders had been turned over and over in this natural stone polisher until smooth and round.  So when I went back, knowing roughly the right area, I set of in search of the rock cleft.

When I told my story to some locals and asked if they knew the dinsoaur egg beach they were as polite as they could be, but couldn’t help.  I walked along the coast having timed it to arrive at low tide, but on a blowy, grey Autumn day I was very aware that the waves that had ground down the  boulders could easily trap me at the cliff base if I lost track of time.

What I soon realised was that 20 years is a long time in the life of a dynamic coast. Not only were there fresh rock falls from the cliffs, but I began to think about the beaches that I’d come to know around St Davids Pembrokeshire when my furniture workshop was there.  I had a commission for a sideboard inspired by the rocks at Porthmelgan, but when I took the clients back to see the spot, the winter’s storms had cleared a couple of metres of sand and in that case revealed an entire field of boulders.

I did eventually find my cliff cleft, but not my striking pile of dinosaur eggs.  In 2018 there is a much greater variety or rock size and shape, but, thankfully, no less inspiration.  So here are some pictures that have already begun to seed ceramic ideas, particularly those seams of iron-rich ochres through the grey stones, the shine of water as it laps around the base of  pebbles and the hyroglyphs of erosion and crustacean tracks on the boulder surfaces.

The other good thing was that Brindley the lurcher had a great day out. 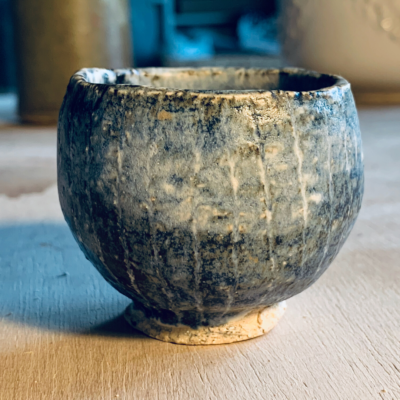 Two nice things today.  First, walking Brindley in the woods this morning, the trees were... 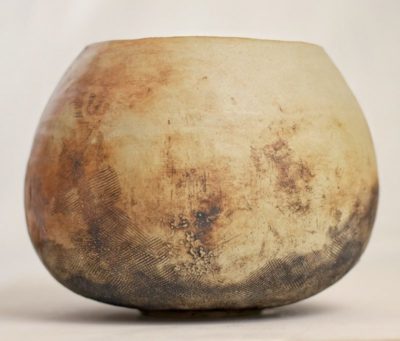 When I was scraping the outside of my first coil pot with an old veneer... 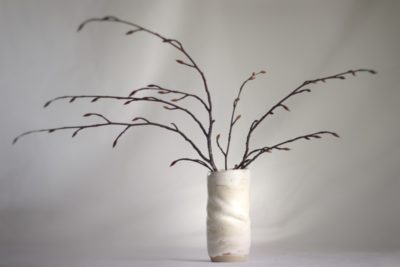 The mixture of matt and shiny white glazes and the way they interact reminded me... 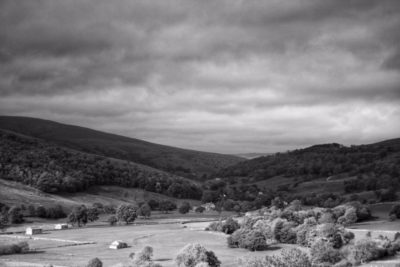 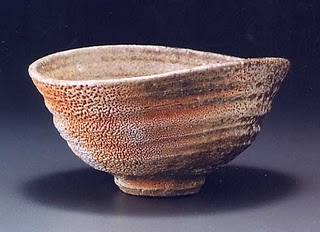 If you’ve been reading the recent posts you’ll know that I’ve been thinking about the... 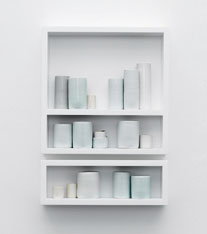 Paul Bradley – the maker of the pot in the previous post  – pointed me...

I think there’s a great affinity between ceramics and wood. I treated myself after a...